Why Aadhaar based eSign is prominent 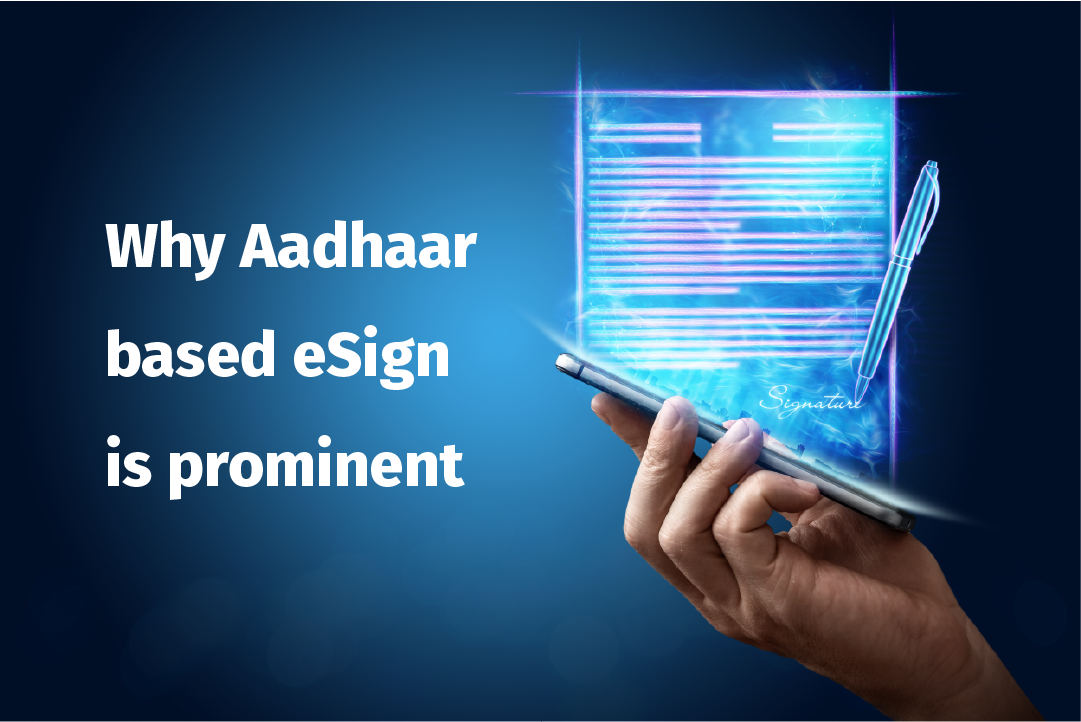 With digitization catching up in the Covid phase, businesses have shifted to remote work setups, and have started adopting eSignatures, as one can now provide signatures and keep the business moving with the help of these e-signatures.

Aadhaar eSigns are recognized as an accepted method of secure electronic signatures as part of the Second Schedule of the Information Technology Act, 2010 (IT Act) The IT Act recognizes secure digital signatures such as Aadhaar eSign as having legal validity equivalent to that of physical signatures. The RBI has encouraged and extended it’s support. RBI had released a notification to Financial body in India-  RBI/2019-20/172 – COVID-19

In which,  RBI has encouraged the use of digital channels for business transactions.

Aadhaar eSigns are a more legally and technologically secured way of signing documents than other alternative techniques.

Documents that can be accepted by the Aadhar e signature are –

The e-signature made by Aadhar is safe, secure, and reliable. Also, the data available in the contracts which undergo transactions with the e-signatures are protected. It takes several protective steps for the user’s data.

Aadhar eSign adds more veracity and credibility to the process and is reliable, accessible, and secured.

If you want to accelerate the signing process with our Aadhaar integrated product, ZoopSign you can connect with us and talk to our experts who can help you to reduce your manual process and make the onboarding process of your clients simpler.

RELATED POSTS
Why ZoopSign is preferred for eSign requirementsaakritizoopFebruary 11, 2021February 12, 2021 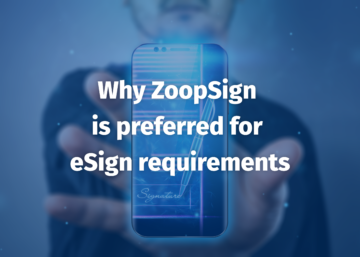 February 11, 2021February 12, 2021|BY aakritizoopWhy ZoopSign is preferred for eSign requirements

A user friendly e signature product that enables users to sign on documents with no...

The Fintech sector cheered and welcomed the scheme of Rs 1500 crore announced in the...

A chain reaction of rapid technological developments is happening around us constantly which is changing...